The New York Times , the Washington Post, the New York Post and Sports Illustrated are among the latest major news publications to pick up the groundbreaking Enchantment Sports series, “Dream or Nightmare,” about alleged scam artist Eric Martinez and what used to be the DreamHouse New Mexico Bowl.

You can also add national website Bleacher Report, and national television networks Fox Sports and ESPN.com to that long list picking up the story — despite the negative publicity it has brought ESPN, and despite the insults from national announcer Jim Gray at Fox, who scoffed at the notion that it was national news. 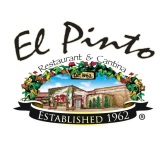 And that wasn’t a first for Gray (more below).

On Thursday, Barstool Sports, Deadspin.com and Awful Announcing all posted stories about what Enchantment Sports uncovered about Martinez and the ESPN Events-owned DreamHouse New Mexico Bowl — which dumped DreamHouse as the title sponsor on Thursday.

Folks, these are the very biggest news outlets in the country, and the list is growing hourly.

A google search of “Enchantment Sports” and “DreamHouse New Mexico Bowl” is producing countless links across the country.

Many, including The New York Times, are mentioning Enchantment Sports editor in chief, Mark Smith, by name.

And yes, I am taking a victory lap — or a few dozen.

Certainly an ego element is involved, but it’s more about being acknowledged for the truthful and hard-hitting journalism no other media in the Albuquerque market did  on this story until nearly two weeks after we posted our first story on Oct. 11.

On Oct. 1, the day the bowl game announced its deal with DreamHouse, I started investigating Martinez’s wild claims of success in the entertainment world.

The next day, local boxing writer Andy Rivera contacted me about Martinez’s longtime shenanigans in the boxing world.

I soon reached out to Catherine Trujillo, an ex-girlfriend and domestic violence victim of Martinez, and she opened up about everything.

“It was about time someone had the guts not to run away from the truth,” Rivera said. “I have been telling other media, as well as Eric’s own sponsors, about him for years, and everyone just ignored me.”

New Mexico Bowl executive Jeff Siembieda, a long-time TV and radio announcer, however, is ignoring everyone. He has not responded to a single question from the media.

The Albuquerque Journal did its first story on about Martinez and DreamHouse on Thursday, and Colleen Heild exposed financial reports about Martinez that finally pushed the story into the national media.

I worked with Colleen many years, and she is a class-act and amazing investigative reporter. Had that story not come out, it’s probable the rest of Albuquerque media — save KOB-TV — would still be trying to ignore all our reporting. 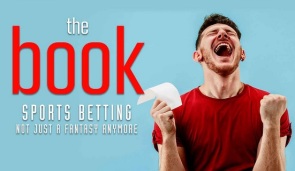 KOB has been outstanding. Thanks!

All local sports radio talk shows — especially Siembieda’s The Morning Drive on KNML — and ABC TV affiliate KOAT have done a huge disservice to their listeners and viewers by ignoring all details about this or story.

Nationally, it’s definitely not being ignored — except by the aforementioned Jim Gray.

A close friend of Gray’s contacted Enchantment Sports to tell us he had given Gray a heads up about our series.

According to the friend, Gray, who also works for Showtime and Westwood One Radio, responded “Oh no, not again?” and started laughing.

Gray’s snarky response referred to when I contacted him last summer about our “Jackson Weller Killing” series, which also garnered national attention, but nothing to this level.

In that instance, Gray repeatedly chided and insulted me for trying to provide him information to pass on to Fox News and Fox Sports. He flat-out refused to do so.

That was a first in my four decades as a journalist.

A so-called “journalist” belittling anyone — much less an investigative reporter  — for giving him a tip?

And refusing to pass it to his colleagues?

It apparently was more of the same this week, even after ESPN pulled the plug on the game. Gray’s friend texted me to say Gray said “it has no national interest, (and to) bring him something people wanna hear about.”

I’ll bet its not Fox News.

Mark Smith has worked in New Mexico sports media for more than four decades, and is one of the most decorated sports journalists in state history. Smith has won more than 30 combined awards in print, television and radio and has been honored nationally for investigative reporting. He is the editor in chief of Enchantment Sports. Contact him at mark.enchantmentsportsNM@gmail.com.