Here’s a little more about us: 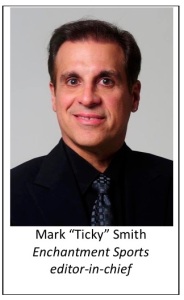 Mark is an Albuquerque native who graduated from Eldorado High School and the University of New Mexico. He is one of the most accomplished and decorated sports journalists in New Mexico history, winning more than 30 awards during his four-decade career in television, radio and print media. Mark is the only person to ever be named the National Sports Media Association’s New Mexico Sportscaster of the Year (1984) and New Mexico Sportswriter of the Year (2013, 2014). In 1996, he was the top individual honored by the Associated Press Managing Editors for national investigative story of the year. Mark also made national news by breaking numerous stories during the aftermath of the fatal shooting of Baylor basketball player Patrick Dennehy by a teammate.  Mark was interviewed numerous times on broadcasts by CNN, ESPN, MSNBC and the Today Show. He has also been a correspondent for CNN and ESPN.

Mark was the Albuquerque Journal’s Lobo basketball beat writer for 15 seasons and later an assistant sports editor and editorial writer at the paper. He spent 31 years writing for the Journal and was well known for his longtime coverage of the Albuquerque Men’s City Amateur Golf Championship. The event’s traveling trophy is named after Mark.

Mark’s father, the late Emanuel “Manny” Smith served as a teacher, principal and master teacher during a nearly 40-year career with Albuquerque Public Schools. Manny was nine-time state handball champion and a highly-touted local actor. Mark’s mother, Rosemary, was honored as a distinguished teacher during her 42-career as an APS teacher. Mark and Robyn Vines Smith have been married since 2005 and have one child, son Brock Emanuel Smith (9). 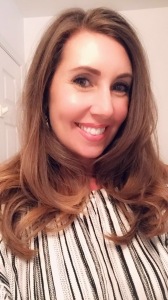 Robyn Vines Smith worked as a newspaper copy editor for 16 years, first at the Bakersfield Californian and later at the Albuquerque Journal for 14 years. She has a mass communication and journalism degree from UNM with teaching licensure from SFCC.

Robyn has won several New Mexico and regional journalism awards as a copy editor and headline writer. She was a professional blogger for several years for a fabric company, also managing its social media.

She currently works as an elementary school teacher with APS. She now is the web and social media manager and a copy editor for Enchantment Sports, along with teaching third-graders.

Read more about Robyn Vines Smith here or contact her at enchantmentsportsNM@gmail.com.

Greg Archuleta has 25 years’ experience as a journalist in the state of New Mexico, including 17 at the state’s largest publication, the Albuquerque Journal.

For 12 years, he was the newspaper’s primary reporter covering the University of New Mexico football team.

He contributes annually to Athlon Sports’ annual College Football Preview and also has written for its College Basketball Preview.

He also has written for numerous online publications, including Bleacher Report, The SportsXchange, Sports World News and NFL Spin Zone.

Greg considers himself extremely fortunate to be married to his wife Emilie. The couple has three kids.

As for other interests, Greg’s dream is to become a karaoke business owner. 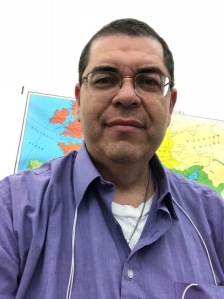 Lee Roy Lucero has been on the cutting edge of the sports scene for more than 30 years, working in radio, television and internet. He worked on one of the first 24-hour sport radio stations in the United States, and was a host on the first FM sports show in New Mexico. A Lobo fan and Albuquerque native, Lee Roy started TheRedMenace.com fan website 17 years ago, which centered on University of New Mexico athletics. For the past seven years, Lee Roy has also become a New Mexico high school guru, serving as a play-by-play announcer for Proview Networks. He is also host of a weekly television show at Proview.

Lee Roy will oversee high school sports and recruiting for Enchantment Sports, while adding columns on all things Lobo.

Daniel Faris has lived in New Mexico since he was 7 years old, and he says it will always hold a special place in his heart. He will always remember his first shot made playing basketball with the YMCA. It was the only shot he made all season, but when he saw it go through the basket, he ran down court, hands
up and screaming. That was the moment he realized he truly had found a passion for something in a way he never
had before. That passion has taken him further than he ever could have imagined (it didn’t hurt that he
grew to be 6’ 9”!).

Daniel played basketball at Eldorado High School, winning the state championship his junior and senior years (2004, 2005). His teams’ success at Eldorado helped him earn a scholarship to the University of New Mexico. He was recruited by Ritchie McKay and finished his junior and senior seasons with Steve Alford, winning a share of the regular season MWC championship in 2009.

Since Daniel graduated in 2009 with a degree in mass media communications, he has been fortunate to play professional basketball overseas for the past 9 years.

Many of Daniel’s former teammates and friends have or still are playing professionally. He looks forward to being able to tell some of their stories and gain insight into their
experiences through Enchantment Sports. Daniel says, “I am extremely excited to be a part of the site and can’t wait to see where these stories will take me.” 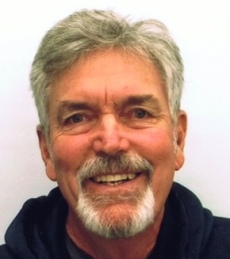 Dick Johnson, boys tennis coach at La Cueva High School, is excited about joining the staff at Enchantment Sports. Dick has been a part of the NM tennis scene for more than 50 years as a player, coach and tennis professional. He looks forward to contributing his insight on the sport on a local, national and world level.

He has been a highly sought-after speaker for the past five years and has given presentations in California, Arizona and New Mexico. Dick also produces a locally produced tennis tip segment on his DJ tennis facebook site.

Ed Nunez began his passion for sports at a very young age.  He graduated from Highland High School in 1980, where he lettered two years in varsity basketball. He spent two years at Eastern New Mexico as a radio/TV major, then came to UNM where he graduated in 1986 with a degree in recreation.

He has worked in several different communities in the city and is currently the manager of Manzano Mesa Multigenerational Center. He served as an assistant basketball coach at Highland High School from 1984-87, and has coached several AAU basketball teams. From 1989 to 2011, he officiated high school basketball games for the NMAA.

In 2012, after officiating for 22 years, Ed had a career change. He joined ProView Networks as a play-by-play announcer and has worked for them for nearly 6 years. He has covered multiple sports: baseball, basketball, football, softball, boxing and rugby. He currently co-hosts “On the Mic” with Mike Adams on 610 AM.

Ed also co-hosts “The Sport Desk” on and the “Legacy Boxing Show,” also on ProView Networks. He feels fortunate to have had the sports experiences that he has had and looks forward to continuing to contribute to the Albuquerque sports community.

He is an instructor of bio-mechanics and kinesiology at Southwest University of Naprapathic Medicine and the team doctor for Jackson/Winklejohn MMA in Albuquerque, New Mexico. Visit his website at Elite-OSM.com.