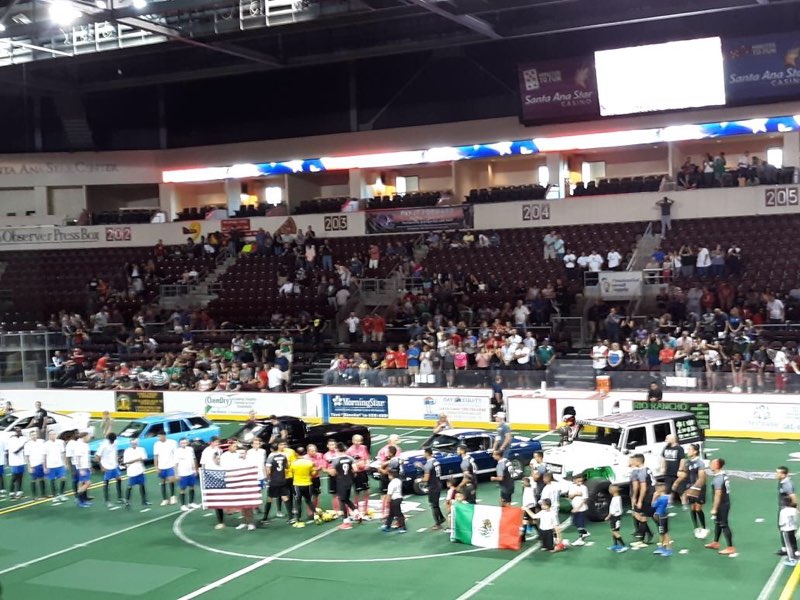 The match was played at the Santa Ana Star Center located in Rio Rancho, in front of  a nice boisterous crowd that organizers said was about 1,600. Special guest USA Soccer star Landon Donovan made an appearance,  giving soccer fans in the Land of Enchantment a treat.

This match displayed strong ball control skills with Mexico taking control early and leading 2-1 at halftime.
Team USA has had several chances at goal, yet has spent most of the night protecting its goal from an aggressive Mexico attack. By the fourth quarter, team Mexico blew the match wide open with four goals and rolled to an overwhelming 7-3 victory.
The New Mexico Runners begin their season in December.
Check out some of the images from Saturday night.
Photos by Russell Gurule 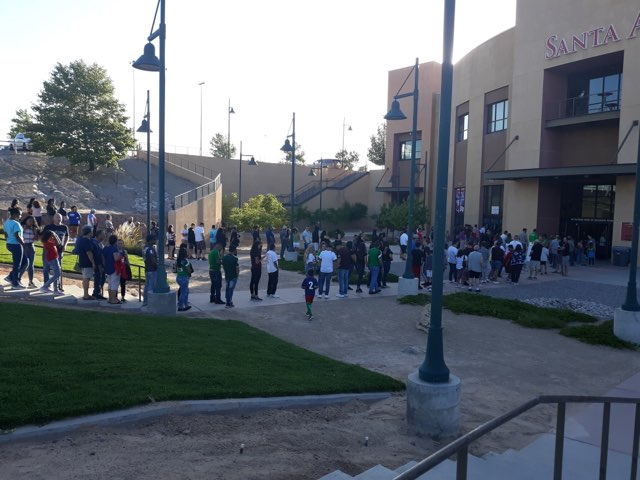 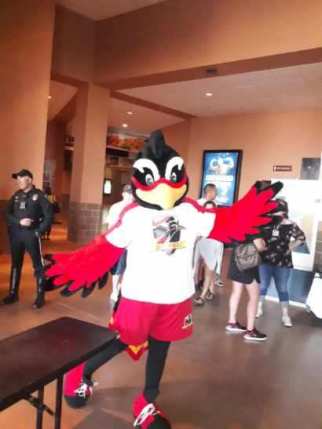 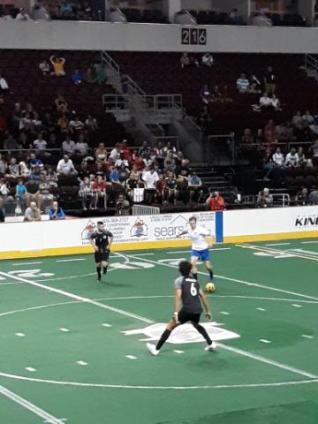