Finally, the high school football season is ready to kick off.

And here at Enchantment Sports, we go to those in the know and to the home of metro area high school sports – ProView Networks!

We had the opportunity to speak to ProView’s Sebastian Noel about this season’s kickoff tonight, as all three Albuquerque stadiums will be in use this evening. 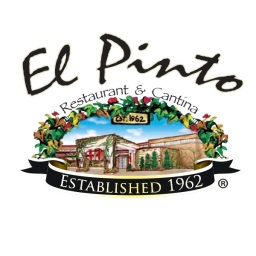 So put the ball on the kicking tee and get this thing going with possibly the best game of the season as the 6A defending champion La Cueva Bears take on crosstown rival and state semifinalist Volcano Vista Hawks at Nusenda Community Stadium. Kickoff is 7 p.m.

“No,” responds Noel. “This is not the best game of the season, while it is a good game and it is kind of a shame this game is in week one. I would rather see this game right before district starts and each has had some seasoning, created chemistry and the young guys and teammates have had a chance to build chemistry and cohesion.”

Come on Sebastian, this is the 6A defending champions and a team which has been picked as the No. 1 team in the state.

“Yea, La Cueva is the defending champions, and Volcano has received some attention around town. I even heard some people have picked them No. 1. They aren’t my No. 1,” exclaims Noel.

Both teams have new quarterbacks as Austin Smith takes the reins for the state champs, and St. Pius transfer Diego Pavia takes over the high-powered Hawk offense.

“Jake Deathrage (graduated Hawks QB) was really good, and not knocking on Diego Pavia,” says Noel, “but Pavia is really stepping up in competition walking into on this district. This is his first real test — game one versus La Cueva.

“The competition and style of play he was part of while at St. Pius is nothing like he will see tonight and the rest of the season. To think that there will be a seamless transition is not realistic … He has his chance to prove it (tonight).”

While Pavia is stepping into the fire, La Cueva’s Smith has seen plenty of action and is not unaccustomed to playing in big games. Not to mention, La Cueva always seems to have a large defensive presence that keeps them in most games.

“That’s La Cueva football,” says Noel. “It is what they do.”

Smith also has a serious weapon in wide receiver Connor O’Toole, who has become New Mexico’s most coveted football player hosting double-digit recruiting offers from the biggest universities in the country.

Last year, coach Brandon Back’s Bears didn’t rely on their offense to carry them. They had a smothering defense that surrender few touchdowns and yardage. According to Sebastian, the defense haven’t lost much.

“Noah Woisin is a solid player that has put himself in a position to be recruited at the next level. Look for O’Toole to play some defense, and Jacob Carbajal is moving to safety to add some tackling and ball hawking skill.”

Noel: Bears by a touchdown

Other Thursday night games in the Metro

“The Eagles have a nice schedule to implement their new offensive scheme under new offensive coordinator in Greg Henington. Look for Eldorado to run the ball quite a bit this year with a pair of bruising backs, Ben West and Elijah Goree,” says Noel.

“West Mesa has a really tough go trying to rebuild in that district; kids might become discouraged because of the teams they will be playing and possible lack of wins. Numbers (of players) have been tough for the Mustangs. I like their head coach, Anthony Ansotigue. He is trying to do it the right way and is a quality coach, but he is a in a difficult situation, “says Noel.

“Everyone seems to think Albuquerque High is going to win this game,” says Noel. “All of us on the ProView Rundown show seem to think the Bulldogs will pound on the Vikings.”

Valley lost over 10 senior starters, and Judge Chavez’s Vikings are incredibly young with plenty of question marks. It will take a few weeks to get a handle on who the Vikings are this season.

Albuquerque High coach Tim Johnson has had a lot of kids come out this year and has double the amount of players that they usually have, and he has rebuilt a nice football program at Bulldog City. Don’t be surprised to see them win some games this year, including last year’s thrashing by the Valley Vikings.

Lucero: Woof! Woof! For the young men in green.

Stay tuned to Enchantment Sports tomorrow as Lucero and Noel preview the rest of this weekend’s Albuquerque Metro Area action, and all games can be seen at ProviewNetworks.com.

Lee Roy Lucero is an Albuquerque native, former editor of The Red Menace website and a play-by-play announcer for ProView Networks. He is Enchantment Sports’ editor of high school sports. For tips or story ideas, contact Lee Roy Lucero at enchantmentsportsNM@gmail.com.