FEATURE PHOTO: Jackson Weller, left, and a man with him — who sources say is also a Lobo baseball player, center — talk to the man, right, who allegedly shot and killed Weller. (Mark Smith/Enchantment Sports).

EDITOR’S NOTE: This is part 2 of an exclusive investigative series by Enchantment Sports into the homicide of University of New Mexico baseball player Jackson Weller. Part 1 was released on June 21. As of today (June 24) at 4 p.m. MDT, Enchantment Sports believes it is the only Albuquerque news media to publish stories about the contradiction between UNM’s accounts and surveillance video of the killing. Enchantment Sports is continuing its investigation.

Was University of New Mexico baseball player Jackson Weller simply in the wrong place at the wrong time – a young man trying to protect a “first date” before being shot to death in front of a late-night food stand?

Or was Weller with a date, but still out raising enough hell to get thrown out of a bar, instigate at least one fistfight then get killed by actions he could have avoided?

Or is there at least some truth to both scenarios that led to Weller being gunned down in Nob Hill?

This much is certain:

Much of that information, which has been reported in the Albuquerque media over recent weeks, was provided by UNM athletic director Eddie Nuñez and Lobo baseball coach Ray Birmingham.

They gave their accounts during a June 4 news conference, exactly one month after the homicide. Nuñez and Birmingham said they got their information from “interviews,” but didn’t say from whom.

None said they have been contacted by anyone from UNM.

“Either they aren’t saying what they know happened, or they just don’t want to know what happened,” said a Nob Hill security guard, who spoke under the condition of anonymity.

The security guard didn’t provide his name, saying he feared for his life from possible gang retaliation. Most of those interviewed by Enchantment Sports did not give their name for the same reason.

In the days after the shooting, it was reported there was surveillance video from outside of the Imbibe Cigar Bar and Nightclub, showing the killing. UNM officials have yet to contact Imbibe, according to the club’s ownership. 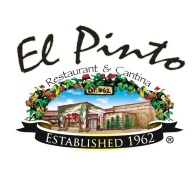 “We have met with police detectives, but nobody from UNM has come to us to ask about surveillance videos or asked us anything about what we might know,” Imbibe ownership told Enchantment Sports. “I haven’t heard from any other owners in Nob Hill that (UNM has) asked them anything.”

Enchantment Sports has witnessed a surveillance video of the homicide numerous times.

See the detailed account of that video with photos here.

On June 5, before Enchantment Sports had seen the surveillance video or started its investigation, editor in chief Mark Smith asked Nuñez about the many conflicting stories being told.

Here is that interview:

Smith: Everything I’ve heard is that (Weller) got into bar fights, he was thrown out of a bar. He confronted a guy.

Nuñez: What we have and what we’ve been told, and what’s out there in the media, because what the media likes to stir up, is not accurate.

Smith: The media, I think, is doing a lack of stirring up, Eddie. I don’t think they are asking the right questions. And my biggest point, is I have not heard one thing about protecting a girl until I saw that come out today (in the June 5, Albuquerque Journal).

Nuñez: All negatives, all negatives. I’ll tell you what I can. But I am not a detective. But I’ve been told what I’ve been told, what we said yesterday (in the June 4 news conference) was fairly accurate.Was he able to have a drink? He’s over 21 years of age, he’s able to do that. He did. Now, was he drunk? No. Was he at a point where everybody is saying he was in a bar fight? No. We know where the fight actually was, the fight was

outside. He was outside and he was waiting in line to get food, with the girl we’re talking about and two other individuals. Another male and another female. Those individuals were on line with other people, when these other individuals came up to them, bumped some young lady, from what we were told – I know there’s always something in the middle that we don’t know – I mean there’s only going to be one side or another. There’s something with this young lady. (Weller) stepped up because this young lady was basically pushed. I don’t want to say to the ground, but she was nudged really, really bad. So he stepped up and said, you know, and that started a fight. But that fight was broken up. What happened after that is, which has no rhyme or reason to it, is that he’s there. Here comes another person, and that’s what ends up transpiring. That’s the situation we’re all aware of.

To say this kid was in a bar fight inside a bar, is not accurate.
And again, whatever camera, if somebody shows me differently, then he, I’d, be the first to admit I’m wrong. But I’m telling you, this is what we were told. And this is what we’ve heard.
To sit here and say this young man is a bad – it doesn’t matter if he was drinking or not – the reality is, he got shot.

Smith: That’s one of my big points. Whatever he did, did he deserve to die? No! But if some of these other issues are true, if he was assaulting people, well, he deserved to be arrested, if that was true. I don’t know, I have not written a thing about that. That’s why I asked a bunch of questions (in emails). I have not seen the video, I have heard different stories from different sources.I will not write anything until I talk to you again. I want to look at it and pursue it more.

Enchantment Sports watched the video for the first time shortly after that interview. The website sent an email that evening to Nuñez and Birmingham, and copied the email to Frank Mercogliano, UNM assistant athletics director for communications, and Daniel Gallegos, assistant director of communications/baseball, to inform them it had seen the video and would be sending a list of questions.

The questions were sent in the early-morning on June 6 to the same four people.

None of the four ever responded. 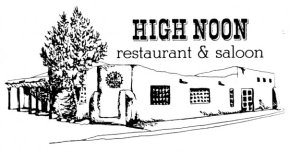 On June 20, Enchantment Sports sent another email to the same four, again with questions about Weller’s homicide; including whether Nuñez or Birmingham had yet seen the video – and if not, why not?

Nuñez did not address those questions or any of the others.

That night, Nuñez replied by email:

“Mark, Thank you for the note but we have been advised not to comment any further because this is an ongoing homicide investigation.Thank you for your understanding in advance.”

Hey Eddie, I appreciate it. I hope you understand that I have to get out the story with the information as it has been presented me, and from what I have witnessed many times on the video.

I have spent countless hours during the past two weeks investigating the story. I truly hope we can deal with this down the road, and I understand that UNM can’t say anything about the investigation.

But you and Ray Birmingham did give those accounts in the news conference.

I also asked questions about Jackson Weller’s status as a player, that don’t pertain to the tragedy. I don’t understand why those cannot be answered.

Again, thanks for responding and feel free to contact me at any time.

NEXT: A detailed account of the surveillance video will post today, no later than 6 p.m. MDT. Also this week, Enchantment Sports continues its investigation.

Mark Smith has worked in New Mexico sports media for more than four decades, and is one of the most decorated sports journalists in state history. Smith has won more than 30 combined awards in print, television and radio. He is the editor in chief of Enchantment Sports. Contact him at mark.enchantmentsportsNM@gmail.com.