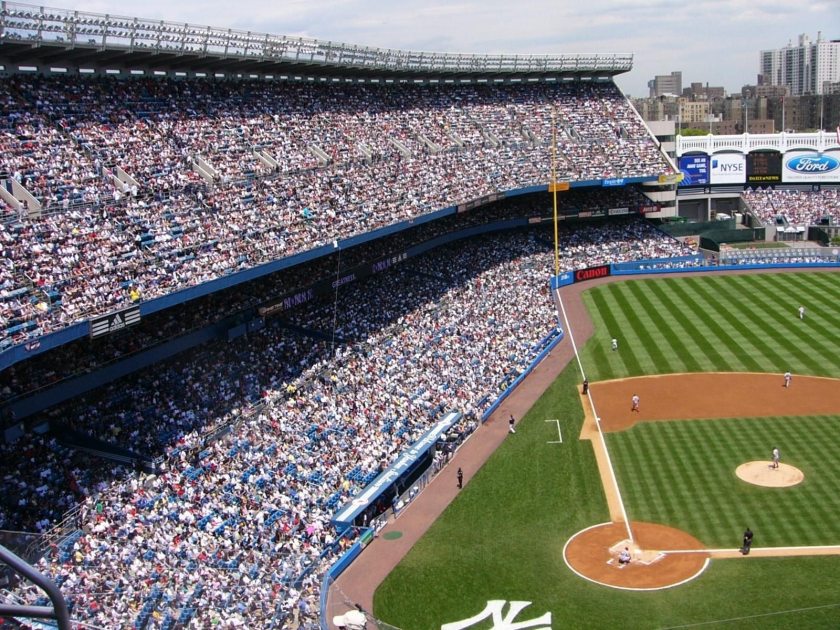 I am not a baseball purist. But I am a baseball fan — who takes his kids to Albuquerque Isotopes games.

So bear that in mind when I ask the following questions:

What the hell is Major League Baseball doing — or should I say not doing — with ensuring fan safety with netting across entire foul lines?

And why isn’t all of professional baseball stadiums adding more netting to the first- and third-base foul lines as I write this?

After a 90 mile-per-hour line drive off the bat of the Chicago Cubs’ Albert Almora Jr. flew into the stands in Houston and struck a little girl on Wednesday, I’ve seen numerous headlines about Major League Baseball’s “dilemma.”

There is no dilemma. Baseball needs to add more netting. Now.

Don’t give me any B.S. about netting obstructing the fans’ view or wanting a souvenir, or, players not being able to catch fall balls in the stands.

Anyone arguing that’s worth the risk of small children getting hit in the face by screaming foul balls, or even a grandmother dying from a foul ball at Dodger Stadium last year should have their heads examined.

(And yes, I know, in that case, the ball flew over the backstop netting. … Like that matters.)

Let’s ask Almora how he feels about the issue, or Astros catcher Robinson Chirinos who also had to look away as soon as he saw what happened to the little girl.

I attended an Isotopes game over Memorial Day weekend and had seats just beyond the netting on the first-base side. My 11-year-old daughter was next to me on one side, my wife, 13-year-old son and his friend were on the other.

In the first inning, a Sacramento River Cats batter hit a foul ball over our heads but it was a little close for comfort. My 11-year-old was nervous after that. I assured her that it would be difficult for the ball to come at us because we were closer to the field.

It was false bravado on my part just so my daughter wouldn’t panic.

In my mind, I knew I had to pay attention to each at-bat, in case a ball came whizzing toward us. And even then, I missed two — and only two — pitches during the game. What if those had been the ones in which a foul ball came hurtling for us?

And what would I have done if a foul ball had come barreling in our direction? I’d like to think I would be able to protect whomever. But I never played organized baseball. Sure, I played with the neighborhood kids and could catch balls OK with my glove.

But I didn’t have my glove with me. And I was a teenager the last time I played. With teenager reflexes. And teenager eyes.

I’m now a man in his 50s with the reflexes and eyes to match.

I’ve heard those against increase netting say that people should be paying attention to the game instead of their phones. But I didn’t see anyone report that the family of the girl in Houston was on their phone and not paying attention.

I did read that a man, presumably the father, did try to protect the little girl in Houston, but the ball curved and he couldn’t deflect it.

What a terrible father, right? He missed a 90 mph line drive.

My father also reminds me of a time he took me to a Dodgers game when I was a kid, maybe 5 or 6 years old. The way he remembers it, we were stationed on the third-base side and a foul ball came toward us. I was not paying attention, but fortunately, I was bent over looking for something on the ground when the ball whizzed over my head to the row behind us.

Every time I hear of someone getting hit by a foul ball … or a stray or splintered bat, I’m reminded of that story.

And I’m reminded a lot.

To my knowledge, no one complains about the netting or backstop behind home plate. And the chance of getting a souvenir baseball is worth a fan ending up in the hospital with a serious injury … or worse?

If fans want foul balls that badly, the teams can just collect the foul balls themselves and then give them away — “The fan sitting in section 103, ROW J, Seat 15, congratulations! You have earned a foul ball. Come pick it up at Concession Stand A.”

How hard is that to do?

I’d almost laugh at the “Baseball Rule” that allows parks to escape any responsibility for fans getting hurt in the stands — if it wasn’t so tragic. Apparently, we are agreeing to the dangers of any injury when we sit in the stands. So if a 90- or 100-mph line drive comes toward us … good luck.

The rule, by the way, was adopted in 1913. I’m sure the game hasn’t changed since then.

So I’m imploring the Isotopes and all other parks to take the initiative to increase the netting before MLB mandates it … and that’s assuming MLB at some point does mandate it, which isn’t a sure thing.

And if anyone complains about it, perhaps there is a photo or video of the aftermath of someone getting hit by a stray ball that the Isotopes can supply.

Or the obituary of the grandmother who died four days after getting hit in the head at Dodger Stadium last year.