The UNM women’s basketball team ended its season with a loss to Denver in the Pit on Thursday in the first round of the WNIT. (Courtesy/GoLobos.com)

Just as in their first game of the Mountain West Conference tournament, the New Mexico women’s basketball team made the earliest possible exit in the WNIT.
On Thursday night, Denver beat the Lady Lobos 83-75 in the Pit in the first round of the WNIT. The Lobo season that looked so promising much of the way — and seemed destined for the NCAA Women’s Tournament — is over.
And it didn’t end pretty.
Denver (18-13) finished third in the Summit League behind South Dakota and South Dakota State, both of whom are in the NCAA tournament.  Denver is a very-well coached team that moves and passes the ball very well and is also a good shooting team.  The Lobos continued to to struggle behind the arc, making only 5-of-27 (18.5 percent). They were 0-of-8 shooting 3s in the third quarter, which ended with Pioneers on top 64-54.
Denver finished 11-of-33 from behind the arc for 33.3 percent.
The announced attendance was 2,875.
The Lobos (24-7) ended the season with three losses in their final four games.

It was the second loss in a row after the season-ending knee injury to UNM’s starting point guard Aisia Robertson.  The injury forced the Lobo coaching staff to try to adjust with a very young back court.  New Mexico missed the quickness and driving ability of Robertson as well as her ability to get the ball inside to senior post Jaisa Nunn.

Despite cold outside shooting by the Lobos which allowed Denver to double- and triple-team Nunn, Jaisa finished her Lobo career strong with a 26-point, 12-rebound effort. Nunn finishes fifth all time in scoring for the women’s team with 1,570 points and second in rebounding with 952.
Jaisa was named conference player of the year. She missed 10 games her sophomore season, potentially costing her from going over 1,600 points and 1,000 rebounds in a very good collegiate career.

The season started off with some unknowns.  With four senior back court players graduating, the question was how would the perimeter play look.  Robertson transferred from Kansas and during her redshirt year went to school on becoming a full time point guard.
Highly-touted Jayla Everett came in and earned a starting spot right away and eventually was named Mountain West Conference freshman of the year while Robertson was named newcomer of the year.  With 12 points against Denver, Everett garnered the school record for points by a freshman in a season with 417.   Fellow freshman Ahlise Hurst would join Jayla as a starter on the perimeter.
The Lobos were predicted to finish fifth in conference preseason polls, but with the emergence of the freshmen starters and a strong season by Nunn, the Lobos finished second. They had a shot to finish first and grab the No. 1 seed in the MWC tournament, but lost their final road game of regular season 70-66 at Boise State. The Broncos won the league. 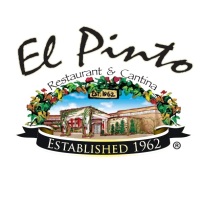 After returning home to beat Wyoming 57-50 in their final game of the regular season, second-seeded UNM lost to seventh-seeded San Diego State 70-61 in last week’s MWC tournament.
The bench play through the first two-thirds of the season was strong.  Sophomores Jaedyn de la Cerda and Madi Washington proved capable of putting up some points in a hurry off the bench.  Antonia Anderson became a clutch 6th man with her scoring and rebounding.  Freshman Shai McGruder became instant energy when she was subbed into the games.  Quincy Noble showed strong flashes of defense and a nice shooting touch.
The Lobos looked poised to make a run in the conference tournament before Robertson was sidelined with the knee injury.  As happens sometimes late in the season, the bench minutes became fewer and some are of the opinion it might have cost the Lobos a couple late season victories with a less rested starting team.  Instead, for the players, it was a disappointing finish to a good season.
Looking ahead to next season, New Mexico has another nationally-ranked recruiting class coming in.  In a news conference a few weeks ago, coach Mike Bradbury hinted at a player coming in who would shock people.  Spring signing starts in mid-April, so unless something leaks we may have to wait until then to find out who it is.
This is also a time in the world of collegiate women’s basketball we are seeing a lot of transfers.  With the season winding down, there have been more than 150 players announcing they will transfer.  Who and how many might leave the UNM squad to seek more playing time, we’ll find out in the upcoming weeks.
Enchantment Sports will work on putting something together as we learn what moves might be made.

George Hronich, a longtime fan and close follower of the University of New Mexico women’s basketball team, is covering the squad this season for Enchantment Sports. If you have any feedback, tips or story ideas for George, please email him at EnchantmentSportsNM@gmail.com.

Enchantment Sports’ Fan-Demonium is a place for sports fans to share their thoughts. Fan-Demonium pieces are the opinion of the author only, and not necessarily of Enchantment Sports. Interested in submitting something? Email enchantmentsportsNM@gmail.com. All pieces must include your real name, and we must be able to contact you and verify your identity.