“Talk to her! Talk to her! And be honest!” Those were the haunting words of renowned UFC referee Herb Dean on Nov. 14, 2015, as he attempted to convince someone from the corner of Ronda Rousey to tell her what had just happened. She had been the queen of the UFC. From Jimmy Fallon to Ellen, Rousey has taken MMA crossover to a level never seen before. Within seven short minutes, she was waking up, unaware of how her world, and the world of the woman who bested her was about to change. New Mexico’s hallowed Holly Holm landed a kick that changed everything for Rousey.

Head trauma is cumulative, so it wasn’t necessarily the brutal high kick that felled Rousey that put her physically unconscious, it was the follow-up hammer fists that did that deed. Within seconds she was coming to, trying to wrestle Herb Dean, and unaware that she had lost her crown.

Rousey lay on her back, and the damage was so severe that the new champion, Holm, even stopped her celebration to take a knee and ensure that there was nothing grievously wrong with Rousey. Slow motion replay shows the exact moment when the hammer fists cause Ronda’s legs to go stiff and her head to begin bouncing off of the canvas. These strikes literally shut Rousey’s brain off at the breaker box. It is always a strange combination of emotions between the desire to witness a knockout and the sickening feeling in your stomach when you see a boxer or MMA fighter’s legs go stiff and their heads bounce off of the mat.

So what happens to the body when someone is literally knocked out? Patients often ask

me about concussions, sub-concussions, dementia pugilistica (boxer’s brain), and of course knock-outs. The brain functions via a complicated network of neurons (nerves) and blood vessels. These blood vessels are responsible for bringing glucose (sugar) to the neurons so that they may function properly. The brain uses a tremendous amount of sugar to function, and will almost immediately shut down the cortical brain (the area that separates our brains from animals) if this sugar supply runs low. This is what happens when someone faints either from blood pressure changes or from nutritional deficiencies. When a fighter is “choked out” the blood supply to the brain is temporarily compromised due to the opponent’s arm pressing on the arteries in the neck, and the fighter immediately goes limp, loses consciousness, and sometimes will even go into mini-seizures.

As with the strike landed by Holm, a knock-out involves an immediate concussion response from the brain. The human brain floats in a liquid substance known as CSF, which keeps it separate from the skull. When a fighter lands such a hard strike (particularly to the jaw, temple, or cheek) a shock wave is transmitted along the bone that knocks the skull backward. Being that the brain is floating in liquid, the front of the skull immediately makes contact with the brain, disrupting the “electrical connections” from one area to another. The brain literally bounces back and forth against the skull tearing nerve tissue, blood vessels and allowing bleeding internally. This impact immediately makes the fighter lose consciousness and fall to the floor. Rousey’s aggressive offensive style has always left her open for a beating, but all it took was one shin to the base of the skull to conceivably end the career of one of the greatest champions of our generation.

Remember the old punch-line about Lennox Lewis? The guy couldn’t be beaten. Well, he couldn’t be beaten except when big punchers like Oliver Mcall and Hasim Rahman found his jawline. When someone is said to have a “glass jaw,” what they are really saying is that the structure of his jawline is angled more severely toward the brain itself. This makes fighters like Lewis more susceptible to one-punch knockouts. While anyone can be knocked out given the right angle and force, it takes a very specific blow to render an opponent “knocked out.”

Many wondered if Rousey would ever fight again. After more than a year out of the octagon, she did return — only to lose by TKO to Amanda Nunes in 48 seconds into the first round in December 2016. It usually takes a long period of time for the brain to heal from concussions. Particularly as we age, our metabolic rates decrease, as does our healing factors and ability to recover from any type of injury. Given the amount of money she stands to make off endorsement deals, movie roles, and TV appearances, one would wonder if the risk for long-term brain injury is worth stepping back into the octagon.

The dangers of head traumas have come into the limelight. Hall of fame NFL player and announcer Frank Gifford’s autopsy showed advanced CTE (chronic traumatic encephalopathy). Will Smith’s 2015 film “Concussion” addressed brain trauma; one has to wonder what boxers and MMA fighters are thinking of this horrific brain disease. CTE causes frontal cortex atrophy and causes the victim to deal with depression, memory loss, personality loss, and even loss of executive function such as tremors.

A second or third severe brain trauma can truly hinder a hall of fame fighter’s personality, charisma and persona. Granted, Rousey has taken far less trauma than most fighters have in their career, including Holly Holm, but one would have to wonder, does she want to risk that feeling again? Sometimes a life is more important than a legacy.

NOTE: If you or a loved one have experienced a severe blow to the head, it is imperative that you get to a hospital immediately. Concussions and traumatic brain injuries can lead to brain damage, permanent disability, and death. 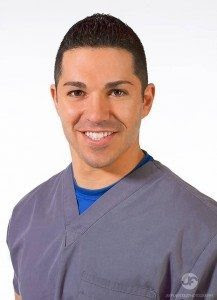 Dr. Beau Hightower is a former collegiate athlete and avid fight fan. He serves as the President of Elite Ortho-Therapy and Sports Medicine LLC, the premier sports injury resolution center in New Mexico.

He is an instructor of bio-mechanics and kinesiology at Southwest University of Naprapathic Medicine and the team doctor for Jackson/Winklejohn MMA in Albuquerque, New Mexico.